Edge of Light | Works in White at Dia: Beacon On a cold day in late winter, we took the Metro North to one of our favorite museums Dia: Beacon, to see the exhibition of Robert Ryman’s work and honor his life and recent passing. Ever since we moved to New York, we’ve made a trip to the museum every season. When we went with our friend and collaborator Masanobu Ando, we noticed that he was most drawn to pieces that related to his work in form and texture. Quickly, we realized how much of the work in Dia: Beacon connects both visually and conceptually to the work created by the artisans we exhibit.

That day, we set our sights on three painters: Robert Ryman, Mary Corse, and Anne Truitt. All of them work almost exclusively in a white palate, to a profoundly physical degree. We began in the company of Robert Ryman’s paintings. On the exhibition card, he describes his process: “There is never a question of what to paint, but only how to paint.” The description continues, “For Ryman, the ‘how’ of painting has always been about what he describes as ‘getting the paint across’—meaning, literally getting the paint across the surface.” This idea was most evident in his Untitled (1960) painting. Heavy, short brush strokes of thick paint created a woven mat of white atop a blue and tan canvas. Instantly, we drew the connection between his method of painting and the method of applying glaze to ceramic works, or urushi lacquer to wood works. The weight of a decisive stroke of paint, glaze, or lacquer quite literally gets across an object’s surface and into the eyes or hands of the person experiencing that object. Mary Corse’s work has been resonating in the back of our minds for a long time. We were first introduced to her paintings and sculptures at her retrospective at the Whitney last year. The visual depth of her work struck us and recalibrated our understanding of which colors and tonalities can create the illusion of infinity. Before seeing her work, we understood the significance of dark tones outlined in Junichirō Tanizaki’s In Praise of Shadows, but had yet to apply the same line of thinking to white tones. In his essay, Tanizaki describes the shifting tonal depth of dark lacquerware that can only be observed in dark spaces. The same is true for light tones in Mary Corse’s work. However, instead of shifting an object in one’s hands, an observer must shift their position in relation to the painting to reveal the nuance of textures and tones that take her works to a surprising dimension. The exhibition at Dia: Beacon is lit entirely with natural light, further deepening the nuance of her work. The experience becomes not only dependent on viewing position, but also time of day. In an adjacent gallery, we faced Anne Truitt’s sculptures and paintings. She worked with a different but still limited palate of colors and materials. On the exhibition card, she explains, “I have struggled all my life to get the maximum meaning in the simplest possible form.” Many of the artisans we exhibit share that intention. Designer Makoto Koizumi in particular pursues the simplest possible form in his work, aiming to create objects that signify the very essence of their own function. The function of Truitt’s work, however, comes entirely from being observed. Her sculpture White: One was particularly interesting. Towards the bottom of the sculpture, she painted a lighter band of cool white, creating the illusion that the vertical body was reflecting its base. Against the white walls of the museum, the edges seemed to fade, becoming one with the space. The tension created by differing tones of the same white color made us consider the layered significances and different motivations of the color white in Japanese crafts. On the train ride back along the Hudson, the setting sun skirted across the partly frozen river, casting cool light through the train’s windows. As we looked out, we could see how broad the spectrum of white in nature was. We thought about the same ride this morning, and how different the colors were then. A smattering of grays, blues, greens and browns had made up our view. But now, the glare of the sun, the snow, and the ice each produced their own unique whites. Examining white paintings all day had trained us to pick out the shade of coolness in the ice, or the slightly darker undertone of soil coloring the snow. We found ourselves appreciating the view not for being monochromatic, but for the faint differences in the colors of everything around us, coming together to form a unified composition of innumerable white tones.

Written by The Team 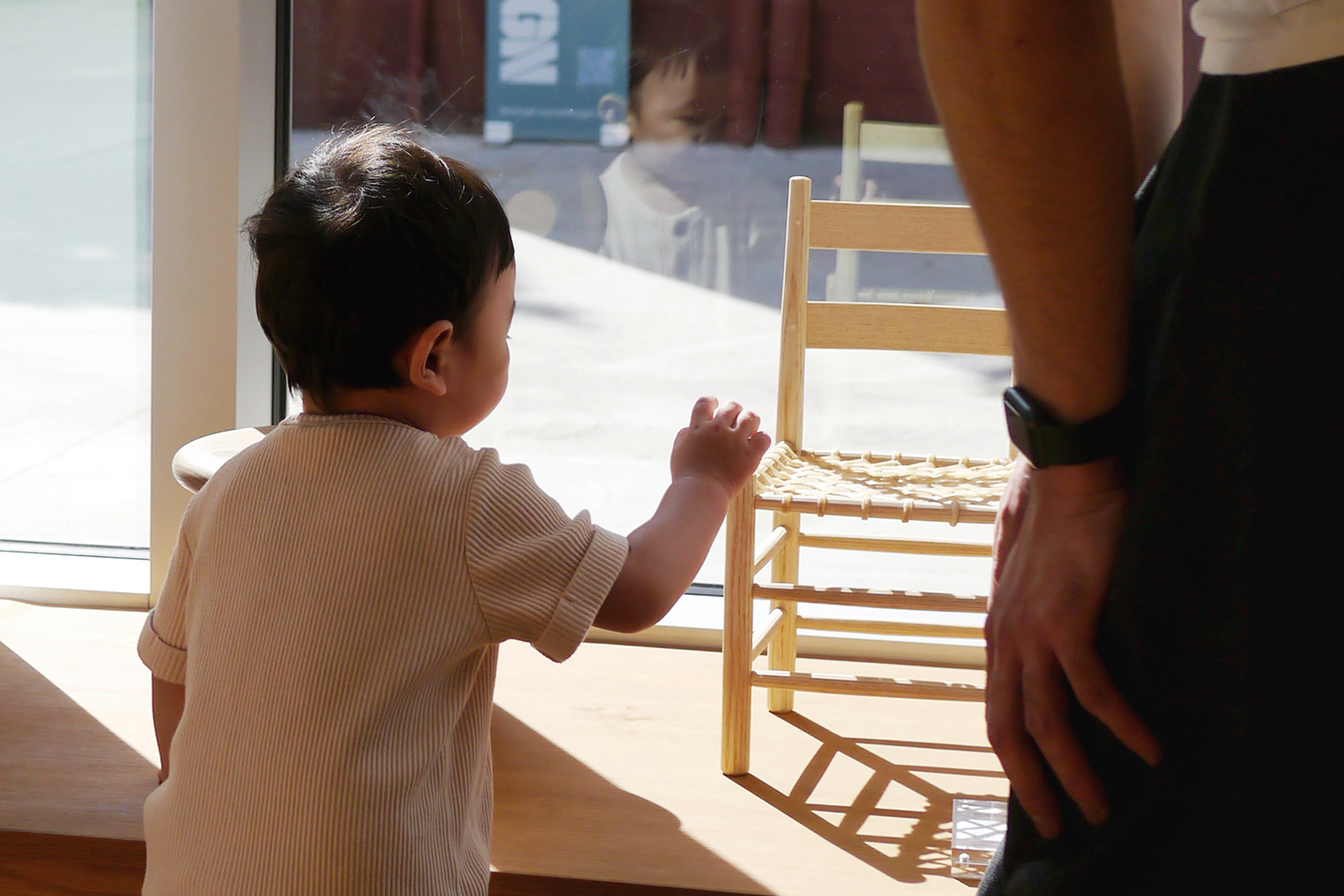